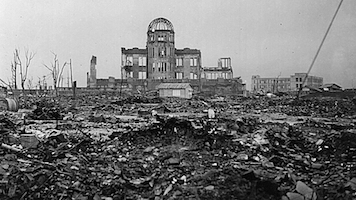 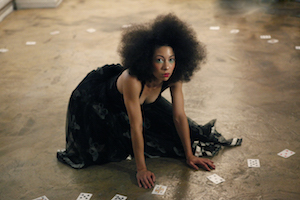 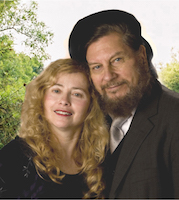 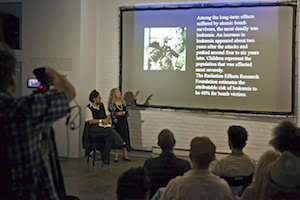 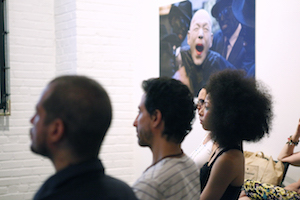 The lecture will focus on three nuclear tragedies of Hiroshima, Nagasaki and Fukushima. The Hurtak’s will explain how higher consciousness can, in some cases, miraculously help people to survive catastrophe. Alan Steinfeld will share his insights into the power of art to reflect on the human experience, release emotions and change consciousness. The discussion will also address how refined Japanese sensibilities have contributed to Western culture and how disasters can ultimately unites us all.

James J. Hurtak, Ph.D., Ph.D., M.A., and Desiree Hurtak, Ph.D. MS.Sc. are social scientists, with expertise in planetary science and environmental studies. They are founders and directors of The Academy for Future Science, a United Nations NGO (non-government organization) associated with ECOSOC (The Economic and Social Council) and DPI (Department of Public Information). They were speakers at the United Nations Rio + 20 Conference on Sustainable Development (2012), as well as presenters at the UN World Summit for Sustainable Development (Johannesburg, 2002). Dr. J.J. Hurtak has earned two Ph.Ds, one from the University of California, and one from the University of Minnesota. As part of an NGO with the United Nations, Drs. J.J. and Desiree Hurtak have also worked extensively with peoples in Developing Countries finding ways to bring fresh water and improve health conditions in rural communities.

Stacy Lynn Smith is a performance artist whose interests lie in Butoh, experimental theater and contemporary dance. She began tap dancing at the age of three and went on to add ballet and jazz to her early studies. She has been a principal dancer with Butoh company Vangeline Theater since 2008. She has further trained with Minako Seki, Katsura Kan, Tadashi Endo, Ko Murobushi, Mari Osanai, Diego Pinon, Yumiko Yoshioka, Natsu Nakajima, Tetsuro Fukuhara and the Tamanos. Her theater training includes Meisner, Viewpoints, Balinese mask and the Lucid Body. She enjoys collaborating with a variety of artists on interdisciplinary projects and develops her solo work as well. Favorite performances include: Oracle and Enigma, directed by Katsura Kan, Centre Tenri, Paris, France; Harbor, film directed by Steven Vega, Robert Wilson’s Watermill Center/Art Basel Miami; Vanity Fair Italia feature, Vangeline Theater/Issue 31; Plans, written/directed by Michael Freeman; and Footsteps on the…, a reperformance of Karen Bernard’s 1993 solo work.

Alan Steinfeld is the host and producer of the popular spiritually based television program: New Realities. For the past 20 years he has interviewed every leader in the Mind Body Consciousness movement. But his earliest ventures into public life was as a photographer with his sell out Dream exhibition at the Court House Gallery on 2nd ave and 2nd street, for the film Anthology. Currently he is writing book on the power of art to create new realities. He feels that humanity’s highest calling is to feel and express those feelings to others. This is at the core of our current spiritual awakening.