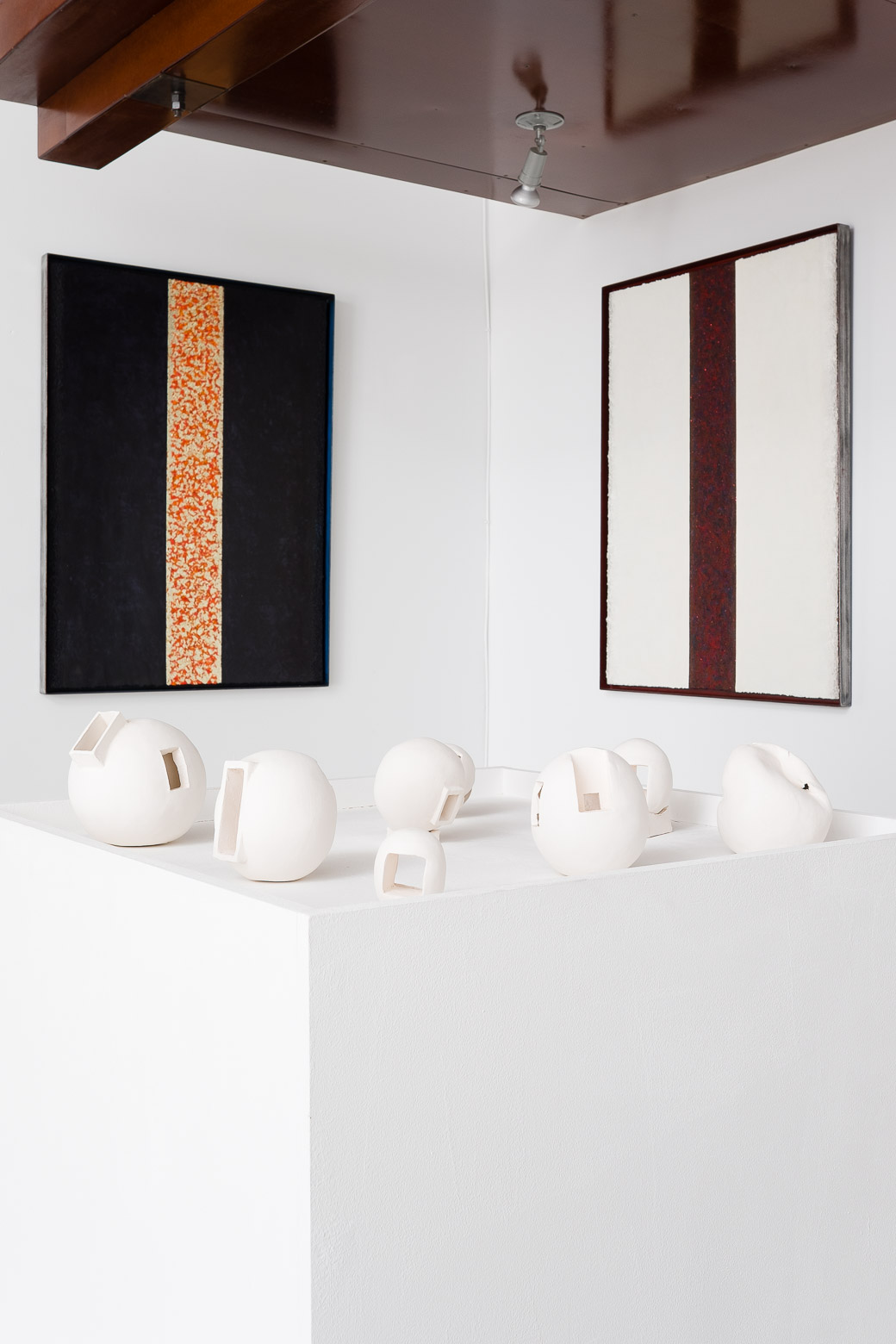 DC voltage or Direct Current is used to transmit large amounts of power and interconnect alternating current power grids. The work in this show supports an inquiry into what shape these energetic forces can take. Is this our biological internet? Why is this basic human subject matter of fundamental psychology, concepts of consciousness, and meta-connecting still taboo in a contemporary western discourse?

In honor of Earth Day 2015, PointB is pleased to host a series of events, Direct Current, during which we will build a ‘receiver’, or ‘antenna’, for the ‘energy currents’ that run through earth and ourselves. Using the mediums of art, meditation, performance, screenings and talks, we create ways of channelling the Earth’s living currents, wavelengths or resonances, that are so often invisible to us. As much as we are constantly told “we are the center of the universe”, our consciousness has only evolved to a certain point, and we continue to ask questions, without the vocabulary to answer them. We hope, through this program, to move beyond our conceived consciousness, making gestures that can stimulate us to build new tools for communication, while understanding what a small part we are of this larger organism, living earth.

Antje Rieck examines ideas of transformation, transcendence and metamorphosis, positioning the human body as a porous receptacle in dialogue with its environment. More recently, her practice has expanded into the investigation of the structure with and around space formed by the biography of the social fabric. In her sculptural and site-specific installations, she uses organic materials such as marble, wood and stone as well as other mediums including photography, video, digital animation, performance. Rieck’s process of investigation is informed by different layers of perception which she refers to as ‘experimental fields’ or ‘playing fields’ that create a visible geographical reference to the imaginary of the infinite. In her latest investigations, she explores crystalline growth and its unique properties that are unlike other growing structures found in the physical universe.

Rieck has  won several awards and recognitions, including the Cesare Pavese prize for sculpture (1997) and The Targetti Art Collection award.  Exhibitions include“Illuminations d’eau”(directed and choreographed by Robert Castle, with a creative reconstruction of fragments of the (now lost) original score by Willy Merz) at the Fondazione Mario Merz, Turin (2008) ;“The solitary body”,  Riccardo Costantini Gallery, Turin (2013); “Glasstress 2011”,  54th Esposizione Internazionale d’Arte, Venice Bienale, on display at the Palazzo Cavalli Franchetti  and the Berengo Centre for Contemporary Art and Glass on Murano. Public commissions include“The mark of the Chemist: A Dialogue with Primo Levi”, commissioned by the Fondazione Primo Levi in collaboration with the Theater Teatro Stabile, Turin (2010) and the installation “Memory to the Martyrs of the Fosse Ardeatine”, Rome (2006).

Andrew Steinmetz is an artist, musician, and web designer, based in NYC. He is currently working on a series of sculptures that are instruments of their own observation. He plays in the bands Etat, Guns, Germs of Steel, and Doom Trumpet. He operates a gallery called Galleryyy out of his home. He received his BA from Bard College.

Uday Dhar is motivated by a desire to acknowledge the influence of growing up and living in multiple countries, including Britain, India, the United States, and Germany. Because of this background, Dhar is interested in the tension between individual freedom and self-expression versus cultural heritage and social obligations. Dhar received both his BA and MA from Columbia University in New York City. He has been the recipient of the Pollock-Krasner Foundation grant, was well as a fellow of the MacDowell Colony and Yaddo

Bradley Pitts is a Brooklyn-based artist, who uses his background in art, architecture, and aerospace engineering to explore positive and negative space. His objects, videos, and installations challenge notions of “functionality”, “reality”, and “value”, inspiring reconsiderations of our worldviews.

Andrew Steinmetz is an artist, musician, and web designer, based in NYC. He is currently working on a series of sculptures that are instruments of their own observation. He plays in the bands Etat, Guns, Germs of Steel, and Doom Trumpet. He operates a gallery called Galleryyy out of his home. He received his BA from Bard College.

and theorist born and based in New York City. His artwork has been exhibited in galleries and museums internationally, including MoMA PS1, New Museum, and Swiss Institute in New York, as well as Cabinet des Estamps Museum in Geneva, Switzerland, and the Arts and Technology Biennial in Daejeon, Korea.  He is a founder of the artist-run, non-profit contemporary art project space Silvershed which hosts screenings and exhibitions of art collectives, and produces publications of artist texts. Silvershed also co-founded CollectiveShow.org to collaboratively produce groups shows of collectives in major art metropoles. Meagher received a BFA from Carnegie Mellon University, studied at the Staatliche Künstakademie Dusseldorf, and completed a MLA at Harvard University’s Graduate School of Design.

Paradigm shifts related to computer technology revolving around the internet at the turn of the millennium are the central interests in Patrick Meagher’s artwork. Grouped into three concurrent suites: “Postscript to Modernism”, “The Desktop Revolution”, and “New Era Consciousness,” his series-sets are connected by conceptual, visual and material points across a range of media and styles; exploring transitions within the new economy concerning globalization, informatization, distributed media and its effect on social consciousness and holistic thinking. The first monograph on his work is currently under completion with editor Uta Grosenick in Berlin.

At a moment when the volume of photographic images is reaching saturation point, the work of Jose Castillo-Pazos questions the relevance of there being any images at all, and proposes a different experience of the photograph across time. His photographs transform the way we perceive the photographic image by confronting its fragility in temporal and material terms, engaging with photography’s most basic materials – light, time, and the light-sensitive surface of photographic paper. Each image is created by exposing a negative laid on darkroom photographic paper to sunlight, which, over a period of hours, etches the image into the emulsion of the paper. Castillo-Pazos then allows the image to fade until it disappears.

Jose Castillo-Pazos was born in Quito, Ecuador, in 1986. He lives and works in New York and New Jersey